Accessed from over 120 countries

On June 11, 1994, the Little Samaritan Mission opened the first radio station in Chisinau, Moldova broadcasting 24-hours a day, 7 days a week. More stations were added in Moldova and uplinked to satellite creating a network of 11 stations covering the entire country of Moldova and even parts of Ukraine and eastern Romania. LSM radio also streams live on the internet for worldwide listeners. Moldova, located in Eastern Europe has a population of over 4 million people.
‍
The Little Samaritan Mission radio network of 11 stations covers the entire country of Moldova, parts of Ukraine, and eastern Romania bringing hope through the Good News of Jesus Christ. Institutions such as prisons, hospitals, orphanages and even schools receive the radio signal and retransmit it through a P.A. speaker system inside their buildings. Thousands of others, listen at home and at work nourishing their lives with Christian principles for living. Radio waves can reach a lonely and forgotten elderly providing encouragement and hope or a young college student searching for the truth among a tumult of ideologies.

On June 11, 1994, the Little Samaritan Mission opened the first radio station in Chisinau, Moldova broadcasting 24-hours a day, 7 days a week. More stations were added in Moldova and uplinked to satellite creating a network of 11 stations covering the entire country of Moldova and even parts of Ukraine and eastern Romania. LSM radio also streams live on the internet for worldwide listeners. Moldova, located in Eastern Europe has a population of over 4 million people.

The impact of Little Samaritan Radio

Alexandru from Novosiolovca: “Greetings my dear Little Samaritan Mission: I got in touch with you about 4 years ago. At that time, I was in a hospital in Chisinau because I was burned in a fire. In the same room with me was an old lady who received a visit from the LSM staff. I received a lot of things from you then, but the most important thing you gave me was a small portable radio. I started listening to the LSM radio station and that has changed my life. I write to you now hoping that you will be able to provide a Bible for me. I would really love to have one, but I don’t have enough money to purchase one. Thank you very much!”

Marina from Cisla village: “My dear friends, I want to apologize because I haven’t written to you in a while. I want to change that, because I have learned from listening to your radio station that Jesus Christ died for me and rose from the dead.  I was amazed when I learned this. I am so thankful to God for what He has done for me; I am 15 years old but I know that I have a lot of sins. I would have continued if I hadn’t received the good encouragement and spiritual guidance from you radio broadcasts. I want to be a child of God.”

Margareta from Tocuz Village: “Greetings my friends, I haven’t written to you in a while, but I missed you. I’ve read all the books that you sent me and I would love some more. I come from a poor family and before I got in touch with you I thought that God doesn’t want anything to do with the poor people. From your letters and the books you sent me I understood I was wrong and I want to thank you for helping to change my views of God. Along with my sister I gathered enough money so that I would be able to buy a stamp, one envelope, and one piece of paper so I could write you this letter."

Nastea from Chircaiestii-Noi: “Dear LSM: I want to tell you that you are my best friends and you have the best advice for me. I had some exams in school this year and before each of them I went to a quiet place and prayed. I could really feel God’s help each and every time. I am a teenager and I need your help and your words of advice for my life.”

Jesus has Risen! A short salutation from LSM President

Jesus has Risen! A short salutation from LSM President 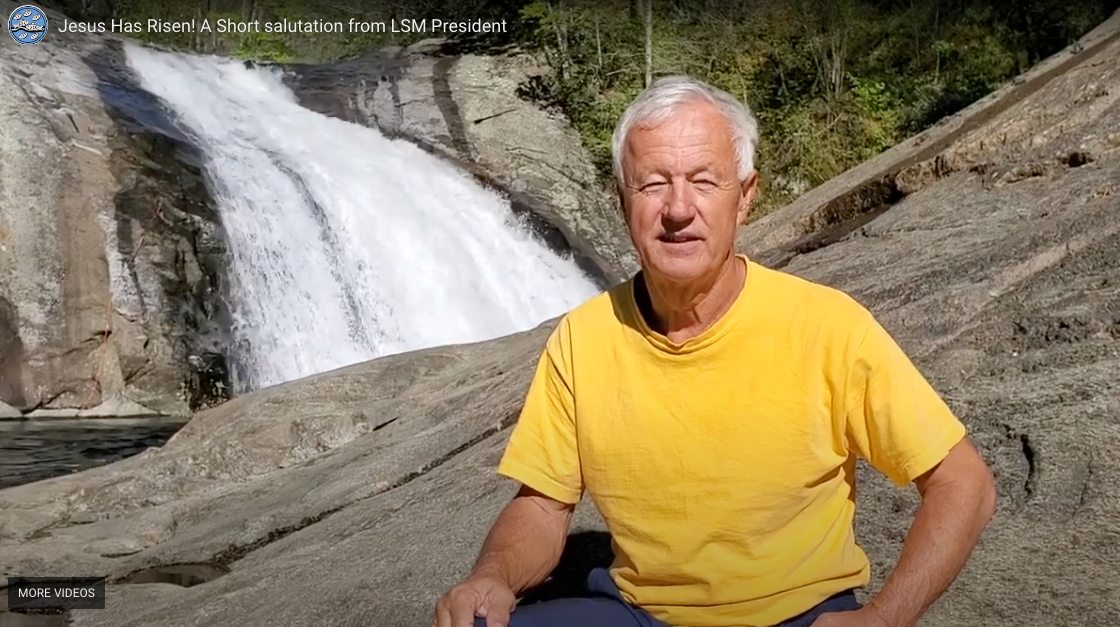