The mayor of the Haraghis village “For us the potatoes are as necessary as bread. If we have the basics, bread and potatoes, we know for sure that we will survive. The majority of seniors have dental problems and the potatoes are the most suitable food for them because they can be boiled and the texture of the potato allows for eating it with less difficulty. 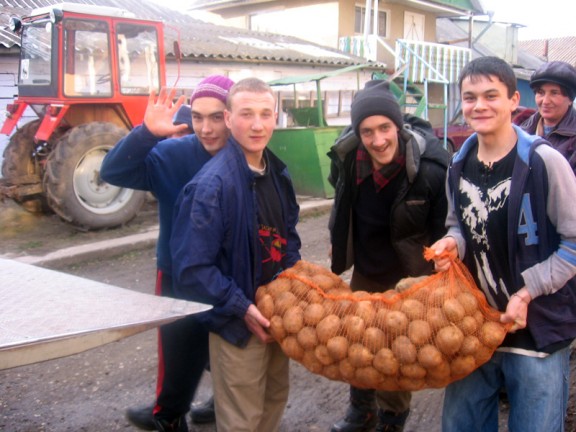 The best feedback  is when the beneficiaries of a project respond in their own words to the impact the project has had in their lives. Below are excerpts from letters and verbal interviews from those who received bags of potatoes.

The mayor of the Haraghis village  “For us the potatoes are as necessary as bread. If we have the basics, bread and potatoes, we know for sure that we will survive. The majority of seniors have dental problems and the potatoes are the most suitable food for them because they can be boiled and the texture of the potato allows for eating it with less difficulty. The winter months were rough on the elderly who struggle daily to have adequate heating and food. Now, in the spring, more and more come to the Soup Kitchen with the hopeful request to receive something to eat, at least until the first crops begin to appear in their gardens.”

Eudochia, an 83 year old woman from Sofia
She cared for her 64 year old bedridden son who had  diabetes.  On her own, she would bring twigs and branches from the nearby forest since she did not have enough money to buy  wood/coal, nor medications or food. Using their pensions she tried to make ends meet but it was far too little to  cover the expenses. Her son also had open wounds and sores on his feet which did not heal.  A few months ago, her son passed away and she remained alone and also became ill.  LSM helped her with potatoes, food, clothing and monetary support. Her pension was the only source of income.

Ludmila- invalid, mother of two children.
“I live together with my children in my mother’s house. We use her pension to pay all the bills and my disability pension to survive.  The pension money is not nearly enough to sustain us with sufficient food, therefore very often we have to endure hunger. Since the children do not receive the nutrition they need, their immunity is low and they are often sick and medication is very expensive. We thank you for the potatoes you have provided for us. It cannot afford to purchase potatoes at the market because they are far too expensive for us. Thanks to LSM we can have a bowl of potato soup for each of us.”

donate for the next:

Volunteers from USA visited Moldova to distribute the personalized packages for needy childrens. 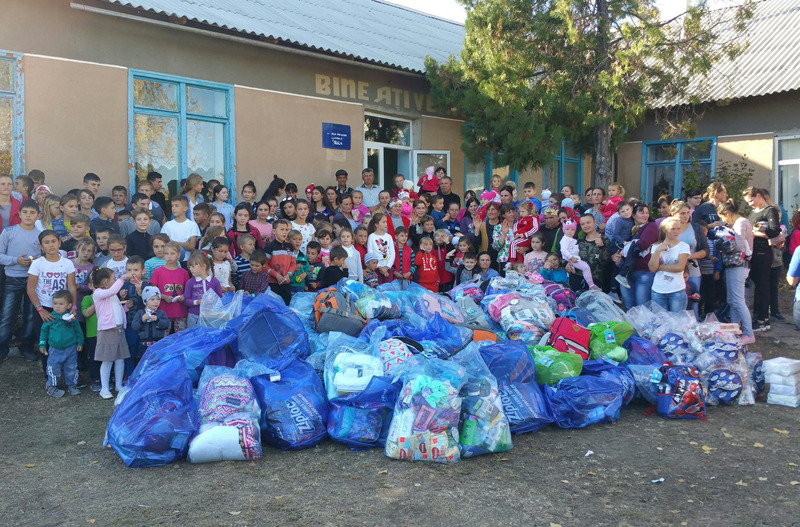