Natalia from Chisinau, is 35 years old. She grew up in an orphanage. 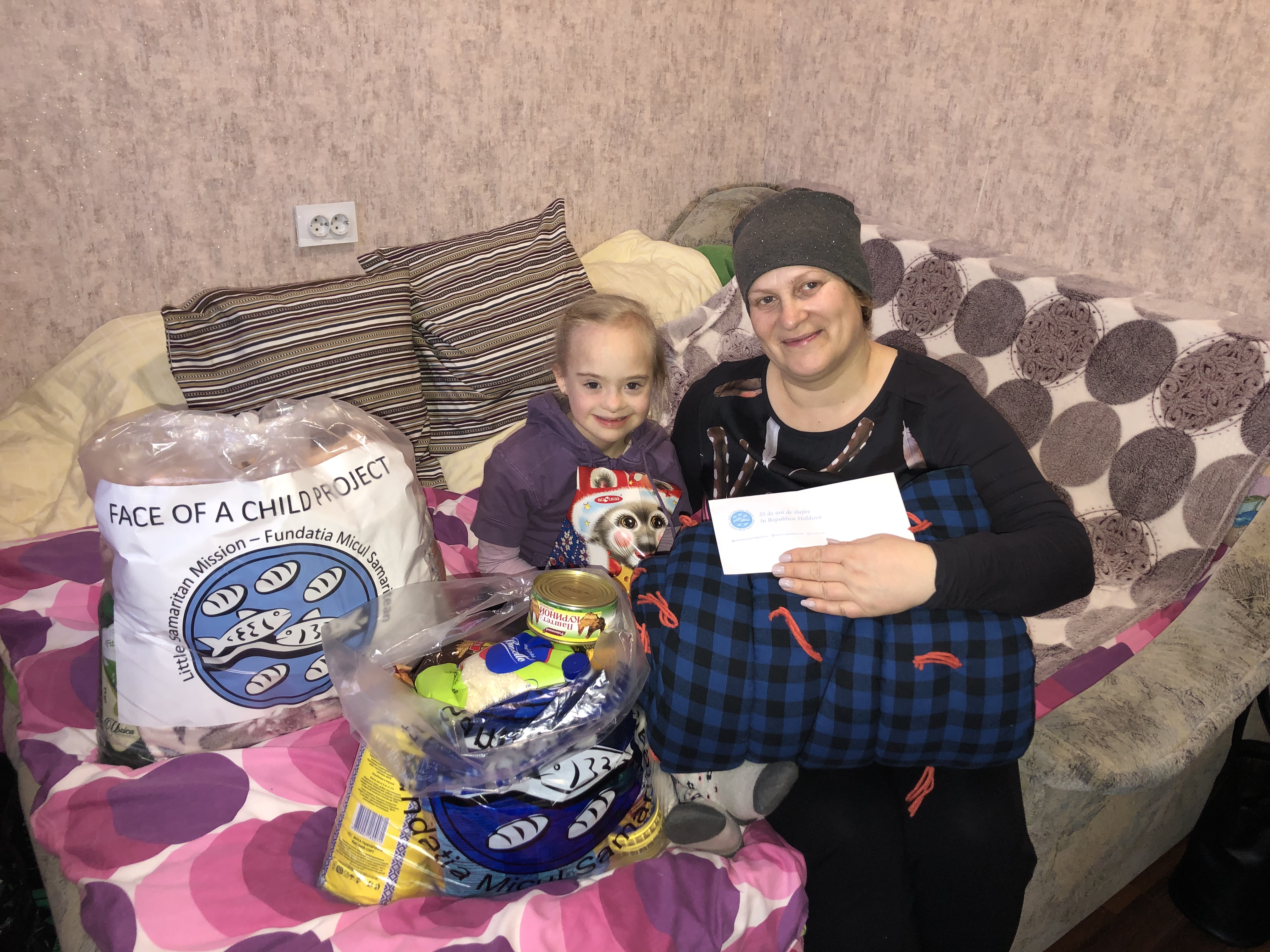 Natalia from Chisinau, is 35 years old.  She grew up in an orphanage.   She later married a young man who also grew up in an orphanage.  Life was difficult for them and they lived in a small room with another family. Natalia became pregnant and when she told her husband, he demanded that she have an abortion.  She begged him to allow her to have their baby, but he became violent and beat her to such a degree that she lost the baby.

After a while, she became pregnant again.  She tried to hide the pregnancy from her husband as much as she could but when she couldn't do so anymore and he noticed and sent her to have an abortion.  He began to beat her again but she escaped and did not return to him. At her medical checkup, the doctor told her the baby has down syndrome and she could terminate the pregnancy.  Natalia, was determined to love the baby and care for her regardless of her special needs and  not to have an abortion.  Her daughter is now 7 years old.

She is prays and with some difficulty has even learned to recite poetry.  Last year, Natalia was diagnosed with cancer and she is currently undergoing chemotherapy.  She lives with her daughter in a communal building in a small room and share the kitchen and bathrooms with other families.

The room is only large enough for a bed and a small table.  LSM brought them food items, clothing, blankets, hygiene items, and also funds to pay rent. Natalia began crying when she saw the money in the envelope because rent was due the following day and she did not have any money to pay it.   As she cried she thanked God for sending LSM in her most desperate moments.