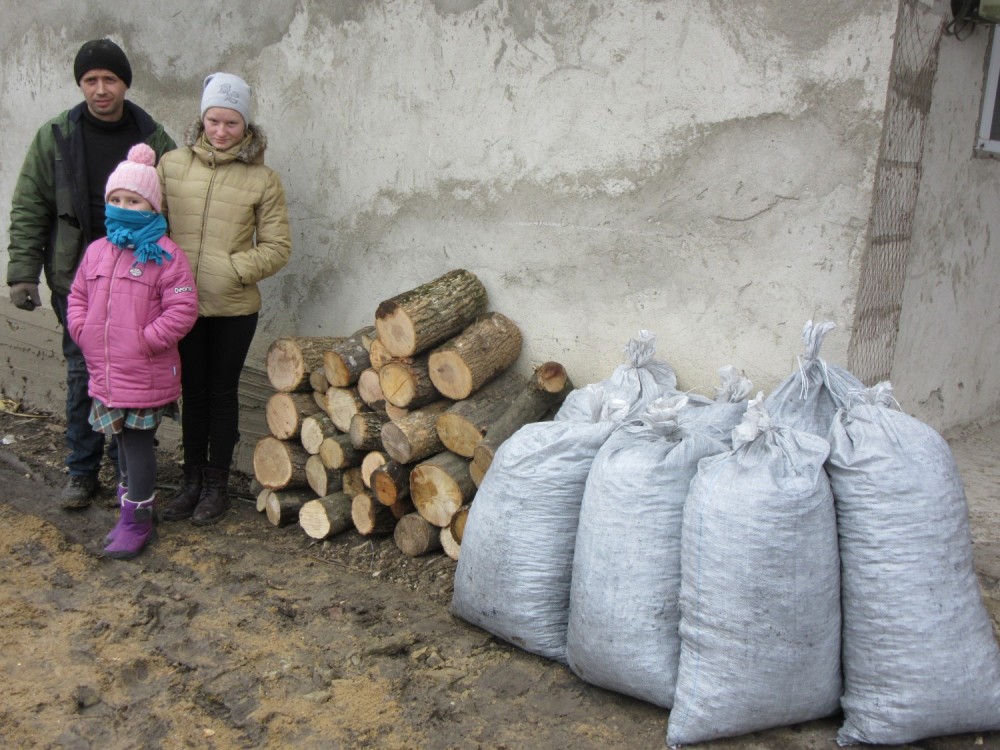 Sergiu has two children and a third one due this February. He is disabled and his wife is unable to find work. He had both legs amputated after he had severe frostbite attempting to escape a difficult work situation in Russia, where he went to find work in order to provide for his family. After working for months, his employer refused to pay him what was due. He was able to escape but at the cost of losing his legs. Back home in Moldova, he is struggling to survive and to provide for his family. They have a cow from which they sell milk to other villagers. Sergiu is a good mechanic and he is able to help fellow villagers in exchange for a meager income. Little Samaritan Mission provided him with a pair of prosthetic legs and he can move around now. Before that, he could only crawl. He has a disability pension that is much too small to cover their basic needs, so when Little Samaritan Mission arrived with the coal and the wood supply, their home had a holiday atmosphere. Now they will be able have warmth during the cold winter months, which is particularly important with a newborn.

Ana is 77 years old and lives alone. She was widowed young and has raised 6 children all on her own. Now that they are all grown, they have left the country in a search for a better life. Her small pension is not enough for medicine and food and that is why she would keep warm with whatever she found around the yard- pieces of wood, dry weeds, twigs from the forest. She hasn’t been able to heat her home for a long time. Even when she did heat it, the temperature would only slightly be above what was outdoors so she slept fully clothed, trying to keep moving so she doesn’t feel the cold.
When she saw LSM staff delivering wood and coal, she could hardly believe her eyes- no one ever helped her and she always had to face difficulties in her life, alone. She thanked LSM for warming her heart through the radio station during the cold, long nights, as well as for the heat that she will now have in her home.